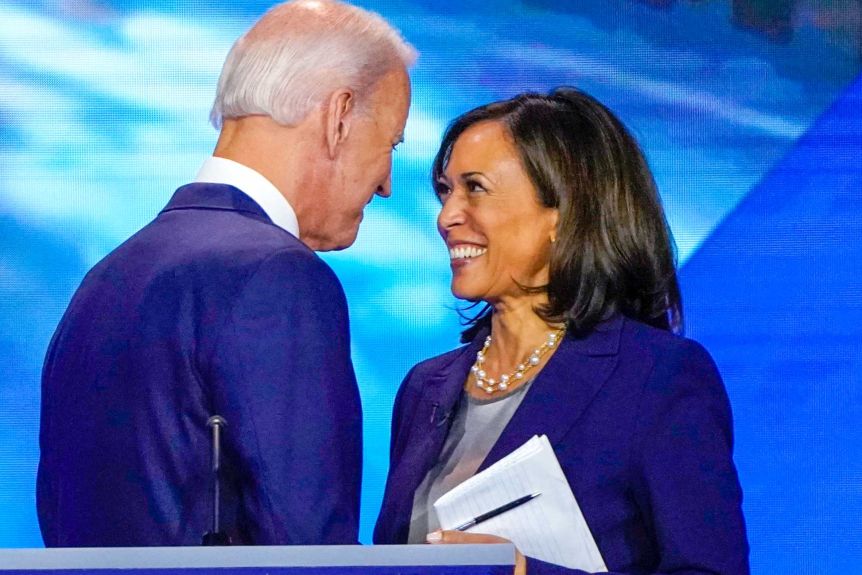 It was only two weeks ago that a violent mob laid siege to the seat of the American government with Confederate flags, pipe bombs, and a noose. But as January 20th, 2021 came around there was a sense of calm. There was a massive collective sigh of relief not only from America but from a large part of the world who are glad to see the chaos take a quiet turn.

January 20th, 2021 was Inauguration Day for President Biden and Vice President Harris and it will be a day that will go down in American history. Harris is not only the first woman to hold the Vice President position in America but the first woman of color. If Inauguration Day is anything to go by it is undoubtful that she will be the last woman to hold that position.

Vice President Harris said “I may be the first woman in this position, but I won’t be the last. Because every little girl you’re watching tonight sees that this is a country of possibilities. And to the children of our country, regardless of their gender, our country has sent them a clear message: dream with ambition, deal with conviction and see each other in a way that others may not see you, simply because they have never seen it before. And we will applaud every step of your way.”

When Vice President Harris is seen on tv, there are little girls everywhere in the world, saying ‘Mom, she looks like me’. There was even one story where a little girl was certain that her Mom was on the tv. Harris is of Indian Jamaican American heritage

Amanda Gorman has become the youngest poet in US history to mark the transition of presidential power in a striking performance at the swearing-in of President Joe Biden and Vice-President Kamala Harris.

Gorman, a 23-year-old, poet, and author united the country with her stunning Inauguration poem. She recited the powerful poem, The Hill We Climb. Gorman’s work focuses on issues of oppression, feminism, race, and marginalization, as well as the African diaspora. She is also the first person to be named National Youth Poet Laureate of LA at the age of 16.

“Being American is more than a pride we inherit. It’s the past we step into and how we repair it,” Ms. Gorman said. “We will not march back to what was. We move to what shall be, a country that is bruised, but whole. Benevolent, but bold. Fierce and free.” she said

Amanda Gorman Has Inspired a Country

Reactions poured in from across the country and the political spectrum, including former President Barack Obama, political action committee the Lincoln Project, and Stacey Abrams, the Democratic organizer and gubernatorial candidate from Georgia. “Amanda Gorman’s message serves as an inspiration to us all”

Gorman was all over the social media outlets after her stunning poem and she was stunned to find out that within hours of Wednesday’s delivery, her soul-stirring reading of The Hill We Climb. She recited the poem at the swearing-in of Joe Biden and Kamala Harris had landed the 22-year-old’s two upcoming books at the top of Amazon’s bestseller list.

“I am on the floor. My books are number 1 and number 2 on Amazon after day 1,” the Los Angeles native wrote on Twitter. Gorman, who described herself as a bookworm as a child, overcame a speech impediment in her youth to become the first US national youth poet laureate in 2017. She has now joined the ranks of inaugural poets such as Robert Frost and Maya Angelou.

Gender-based violence has profound economic costs for societies. It is a barrier to girls’ education, and inhibits women’s full participation in politics and the economy, holding back entire communities and countries. As president, Joe Biden will expand his Violence Against Women Act of 1994 to the global landscape and restore U.S. leadership internationally by championing the fundamental human right that all women should live free from violence—a future the Violence Against Women Act helped make possible in the United States.

The Biden Administration will invest in women as economic catalysts for growth and development around the world. We know that when we grow incomes and opportunities for women, entire communities, economies, and countries benefit. We forgo trillions of dollars in wealth globally because women aren’t fully empowered and employed. It has negative consequences for the well-being of families and entire communities because women invest a particularly large share of their income in the education and health of their families.