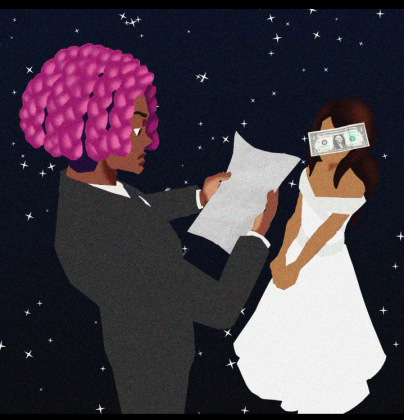 Greetings readers I hope everyone had a fabulous weekend 🙂 I wanted to discuss about being focused and fabulous. When a person is focused on something, they’re paying attention to it. When a camera lens or your eyes are focused, they’ve made the adjustments needed to see clearly. When a beam of light is focused on a thing, it’s shining on that thing all your attention is fixed on one thing: school. When your telescope is focused on Jupiter, you have aligned the lenses with where Jupiter is in the sky. Also when your flashlight is focused on the base of your chin, the shadows cast on the rest of your face make you look really creepy Lol. I was reading from visiting the website bodylanguagecentral.com and the per the author who had stated that when a girl wanting to focus on herself, she would likely mean that she is not interested in you. It could also be the case that she is not looking for a boyfriend right now, she was annoyed with you at the time and it could also be a sign that she likes someone else 🙂 isn’t that interesting right ! Each of the different reasons why a girl will say that she wants to focus on herself will likely come with a number of clues in the way that she says it and in the body language that she shows. The secret is pretty simple this question was asked of me plenty of times getting to your Why aka your purpose is a matter of practicing self-awareness and asking yourself the Why question. But after you realize and find what it is, then comes the hard part. I can acknowledge that girls don’t buy into bullshit you tell us anymore absolutely not :)When you have a purpose you pursue, you become outcome independent of the situation because you simply don’t care that much about the approval you will or won’t get from the girl. You are okay because you have your purpose Kudos for us girls…

Now when we mix the focused with the fabulous this cake mixture becomes absolutely tasty right girls 🙂 it brings me to this article I had read on the website Smartfem digital By author Girlfriends Galore AZ Blog who is focused driven as I had read their article we both are pretty much meshed when it comes to girl talk and empowerment and I did enjoy the food for thought also who had said that being completely confident in the feminine woman you are, is absolutely necessary to succeed in whatever you choose to do LOL and their TIP: If you’re nervous about an upcoming event, take time to really concentrate on what outcome you want to have – then RELAX! A truly fabulous woman knows how to be charismatic in any situation. It’s in building your confidence that you will find yourself able to handle a situation with grace and charm. People will always want to know a person who is truly and sincerely charming. Yes fabulous ones ! Most of us use the word fabulous in an entirely positive sense, with the meaning “wonderful” or “marvelous.” This is an entirely acceptable way to look and feel confident also acknowledging that you or she looked absolutely fabulous in her dress.

Speaking of being and feeling fabulous I had interviewed artist Lil Dranko which is an abbreviation for love Illustrated live drawn rotating around Nations knowing Omnipotence, Lil Dranko created his own song at the age of five years old. It is said that the superstar realized his talent when he was waiting for his parents to check-in at a hotel in Durban on their family vacation. With hunger and fatigue starting to kick in…. the young Lil Dranko vocalized his feelings in a song, by using a sesotho and Setwana which means hungry in Sesotho and tired in Setwana which is a (South African Official Languages…

at the age of nine Dranko continued to nurture his talents as an entertainer by going on to write and sing a song titled MAS’ in the heat under his names…. at 16 years old he went to work with an up and coming Independent ‘ Welkom based Record label ( New Movement Entertainment) This partnership saw the young LIL Dranko appear on features, records and collaboration with other artist in Welkom South Africa which were released on the city’s underground scene. While working on a debut mix-tape for better
opportunities that could never get released.

from South Africa who has had an amazing career he is passionate about the hip hop world per our discussion. Lil Dranko has gone on to receive recognition from the likes of Kerry Washington who is a award winning actress and fabulous 🙂 Justin Gray who is a Diamond selling songwriter and producer, Aaron Carter who is a Diamond selling artist, Blac Chyna, Rock star platinum selling producer such a Jewel 🙂 Lil Twist, Young Money artist and many more influential figures in the entertainment industry says Lil Dranko with his purple and pink patterned hair accompanied by his ‘space shades that are fabulous 🙂 Lil Dranko has gained the attention of many brands in fashion, from appearing in a puma promotional campaign video to collaborating creatively with Spear SA on designing T-shirts for their courage and strength campaign and gaining recognition from forever 21 that was reposted by award winning International designer David Tlale. I can go on and on check out the interview below https://bbsradio.com/archive-description/audio/listen/265204 In the mean time continue to stay focused and fabulous until next time readers this Sapphire has reached her destination and I leave you with this quote….