Beauty Behind The Music

–
Greetings Jewels 🙂 I hope everyone is having a terrific week also staying safe, healthy and mindful during this time that we move forward from uncertainty. This is International Women s month celebrating girl of empowerment. 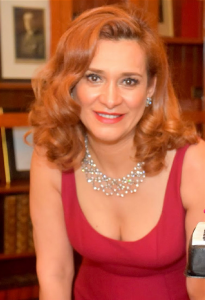 Have you heard of the saying the beauty behind the music lol that is when we are faced with obstacles and challenges also having a dream where we are Inspired by our wants and desires to become prosperous in our creative self. That is the discussion I had with Ms. Faranak Shahroozi, who had enlighten me behind her beauty and the music. Faranak Shahroozi is an Iranian-American composer, performer and pianist known for her lyrical, romantic and captivating melodies. Her passion for music started at the age of 5 when her parents hired a private tutor to teach her basic musical notes and theory. Following the revolution of 1979, her world as she knew it changed forever. Because of the Iran-Iraq War of 1980, Faranak and her parents packed their bags and left their hometown of Abadan and moved to the capital city of Tehran.With Glass’s help, vision and collaboration with stars such as Lenny Williams from the soul/funk group Tower of Power, Syreeta Wright (Stevie Wonder’s wife) and the endorsement of the legendary winemaker Robert Mondavi, Faranak’s first album, titled “La Musica De La Vigna,” was produced. Her song “Helplessly Falling” was featured in the “Down ‘n Dirty” film starring Gary Busey.
‍
By the mid-2000s, Faranak began working with San Francisco R&B radio station KBLX. Her second album, entitled “Eternal Love,” emerged as the result of a passionate romance when she met her husband,  Steve Lohr of  J.Lohr Vineyards & Wines. “Eternal Love” was produced by Adam Ivy and released in 2012. She has also performed for business and musical professionals like Jeff Shell/Stephen B. Burke, the [former] CEO of NBC; Johnson & Johnson; PETA; winemaker Robert Mondavi; saxophonist Boney James; and Tony! Toni! Toné! Faranak who has experienced challenges and adversity to change what was to what is was very inspiring!check out the interview by clicking on the link here and I hope our conversation will bring out your passion and purpose on your journey into Social growth :)URL link to Episode Page:https://bbsradio.com/podcast/all-roads-lead-65-max-radio-march-30-2021

I want to take this time and address the alarming terrorist acts of violence against American Asians“We need to continue to be loud and stand together to stop hate crimes,”this act of terrorism is not new to African Americans and we understand how we must fight for our culture against the abuse,hate and Injustice we have endured for years we will continue to stand up because Enough is Enough ! Los Angeles County Supervisor Holly Mitchell said. “Now is not the time to be silent, let’s continue to support each other and speak out against hate.”I am speaking out against hate and the violence against women, Child abuse and trafficking of our children, domestic violence and Injustice. Stop the Hate against American Asians !!

In the meantime Jewels I leave you with the quote of the day and do have a fabulous weekend…From a true Sapphire herself Pamela L Henderson..

Quote>> Israel was not created in order to disappear- Israel will endure and flourish. It is the child of hope and the home of the brave. It can neither be broken by adversity nor demoralized by success. It carries the shield of democracy and it honors the sword of freedom
” John F. Kennedy”