Greetings Jewel’s I hope everyone is having a beautiful day today 🙂 during this month of March we are focused to represent and Inspire those who service a Greater cause !If something servesas a particular thing or serves a particular purpose, it performs a particular function, which is often not its intended function. If you serve in a particular place or as a particular official, you perform official duties, especially in the armed forces, as a civil servant, or as a politician this cause is extremely rewarding because 🙂 it takes courage and Integrity to uphold Something that serves someone’s interests that benefits them. However what about our Writers, distinguished Motivational Speakers,Poets and the Authors who gives us clarity of expression also a voice ! The stance I am taking especially celebrating in the month of march ‘International Women’s Month and yesterday I had interviewed Ms.Sarah Lipton – Sidibeh born in London England. Sara has written three volumes of short stories, three of her stories were broadcast on the radio. Sara has receive an award from ‘The Poetry Society’ in England for some of her poems. Such as ‘Stagnation’ that was shortlisted in the National Anthology Poetry competition in 2005, her poem ‘Wishful Thinking’ was printed in Great Britain. Sarah was the featured Poet in ‘Bareback Lit Magazine’ in October 2012. She has also written a play, a children’s book, film scripts and song lyrics. And to top it off she was awarded a commended certificate for her song, ‘ I Wish’ from the United Kingdom competition in 2016 this phenomenal women who has written two educational text books. Sarah holds honors of a BA, LLCM, and a FRSA. she is currently completing her first novel. It is very important to me that we as a Society uplift and acknowledge the women leaders who has the passion to help uplift others no matter what ethnic background, religion or gender.

Also for this month of March we are voicing our concerns of the Racial profiling and terrorist attacks against our brothers and sister’s of the Asian Community ! being a Black African American women, I know how it feels to be Shunned, ostracized, ridiculed but most importantly Miss-judged for over 10 years:( I endured such horrific Injustice that was hurtfull and demeaning, and I do not want to see anyone else go through the pain that I had endured from such a senseless sufferring of miss-judgement. This brings us back to the understanding ‘What is Cultural Diversity’! “Cultural diversity” is the presence of various cultural and ethnic groups within a society. It’s also called “multiculturalism.” Due to drivers like immigration and economic globalization, cultural diversity is a hot-button topic. How does it manifest in society? There are two main theories: the melting pot and the salad bowl. Both these theories are simplified versions of reality. It’s not as if societies wholeheartedly embrace one or the other. They’re still worth knowing about. Check out the link URL link to Episode Page:
https://bbsradio.com/podcast/all-roads-lead-65-max-radio-march-16-2021… and listen to this wonderfull conversation I had with this beautiful Soul 🙂 until next time Jewels stay safe, be viligant of your surroundings and join me on my radio show on BBSRadio/Allroads or attain a tier by visiting Patreon.com/Allroads65 where I get personal as a one on one mentor welcoming all of our bagage as I encourage you to through it out the window 🙂 please subscribe here and enjoy this Sapphire message at www.allroads65max.org I leave you with this Quote of the day have a beautiful evening !!

In whom feelings are much stronger as reason. I am so thirsty for the marvelous that only the marvelous has power over me. Anything I can not transform into something marvelous, I let go. Really I am an excitable person who only understands life lyrically, musically, ity doesn’t impress me. I only believe in intoxication, in ecstasy, and when ordinary life shackles me, I escape, one way or another. No more walls.”
Anaïs Nin 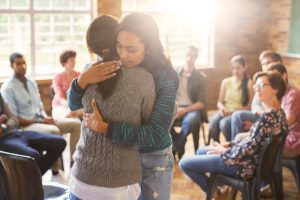