The Best Apology Is Changed Behavior 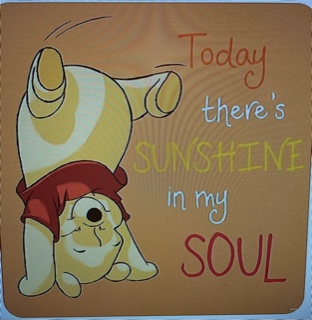 Greetings readers I hope you all had a fabulous weekend 🙂 I am so sadden to have read about the death of teen mothers and children who were either murdered or who lives were taken by senseless acts of lust, jealousy, rejection, hate and racism. The World Health Organization statistics have stated more than 1.2 million adolescents die every year, nearly all preventable 🙁 More than 3000 adolescents die every day, totaling 1.2 million deaths a year, from largely preventable causes, according to a new report from it’s partners. These deaths occurred in low- and middle-income countries in Africa and South-East Asia. Road traffic injuries, lower respiratory infections, and suicide are the biggest causes of death among adolescents. The CDC per the US states that Suicide rates increased 33% between 1999 and 2019, with a small decline in 2019. Suicide is the 10th leading cause of death in the United States.3 It was responsible for more than 47,500 deaths in 2019, which is about one death every 11 minutes.3 The number of people who think about or attempt suicide is even higher. In 2019, 12 million American adults seriously thought about suicide, 3.5 million planned a suicide attempt, and 1.4 million attempted Suicide rates vary by race/ethnicity, age, and other factors. The highest rates are among American Indian/Alaska Native and non-Hispanic White populations.3 Other Americans with higher than average rates of suicide are veterans, people who live in rural areas, and workers in certain industries and occupations like mining and construction.5,6 Young people who are lesbian, gay, or bisexual have a higher rate of suicidal ideation and behavior compared to their peers who identify as straight. I am excited to have joined several teen social platforms who have given a platform for all to share there stories, desires, ha ha moments and concerns 🙂 My goal and focus at 65 Max Foundation Inc. is to help inspire and encourage to give hope and direction because no matter how old we are Lol we all need a lift no matter what…Throughout my personal life I have gone through many changes good and not so good however, I am still moving forward experiencing life changes in my professional life that are not unavoidable in the work place. I call these changes process and growth changes, including failure that has been a positive and negative. Mental health is very important, Suicide and suicide attempts cause serious emotional, physical, and economic impacts. People who attempt suicide and survive may experience serious injuries that can have long-term effects on their health. They may also experience depression and other mental health concerns. The good news is 🙂 that more than 90% of people who attempt suicide and survive never go on to die by suicide attempts yet this does affect the health and well-being of friends, loved ones, co-workers, and the community. When people die by suicide, their surviving family and friends may experience shock, anger, guilt, symptoms of depression or anxiety, and may even experience thoughts of suicide themselves per the CDC. The financial toll of suicide on society is also costly. Suicides and suicide attempts cost the nation over $70 billion per year in lifetime medical and work-loss costs alone!

I believe that Great leadership skills starts with having good people skills, you have to be effective, open- minded and assertive when communicating . Maintaining good body language, great eye contact techniques is the solution towards Social Growth. It is imperative that you are not afraid to have a little humor and laughter. Communication is very important when expressing negative and positive emotions, by facing a person when you are talking and avoid crossing your arms and listen, and be respectful without expressing negative emotions that are critical or unfriendly. The old saying is Seek To Understand and you will be amazed how people will enjoy collaborating with you and sharing ideas to help a person get through these uncertainty times that we all are faced with ! I am a girl and I love my girls all cultures and I have your back Lol..

“Effective Leadership in Business The measure of a great leader has much less to do with how you define your role, it is more about their actual impact on others. Qualities of a great leader who will have Resilience, Transparency and emotional Intelligence are the main factors that make a successful leader.. Engagement is the secret sauce to people based businesses and passion for the work, passion for the product, passion for the goals, passion for the successes and passion for the inevitable twist and turns is the key to widespread engagement. Being able to define and communicate effectively with principles and values to their employees, You need to have the ability to relate to your employees with stance and empathy that enables leaders to address issues faster and with more precision, and it makes them more flexible to respond to an ever-changing business and environment, Without the empathetic trait, it’s very hard to rally your troupes around your vision.” My job as a leader is to make a meaningful impact by contributing to the good of society by establishing a strong diverse culture providing proper guidance and limits, and supporting the decisions of the subordinates. “Great leaders are inquisitive and use strong, open-minded qualities who will create an efficient, productive and dedicated employees.. A leader has many hats to wear throughout the day, by developing a company culture, ensuring that every employee is absolutely on the same page, and that the team works together towards a common goal despite any cultural or political differences.” well readers I have reached my destination Lol until next time stay safe and I leave you with this quote ‘Peace’

“Quote”
“Mama Bear Is Such A Sweet Way To Describe The fact That I’d Tear You Open And Eat Your Insides If You Hurt My Child” The Mom Life Uncensored….